Welcome to WordPress. This is your first post. Edit or delete it, then start writing!

This is going to be a little different from many tutorials on the subject that you've probably seen out there in the wild. What I'm going to do with this tutorial is cut through the fluff and just present the information you need. Sometimes clarification will be necessary, but the intent here will be to give you the finer points that really make you productive, and keep you in compliance with standards, but that do not dwell on the mundane.

So realistically, I expect you're here looking for a reference, of sorts. You already understand, for instance, the difference between a plain text file and a word processing document file, and you've probably kicked around in several applications on your computer. You've surfed the web, and are comfortable with all the richness the web has to offer. You know how to download programs and install them, or how to pop a CD/DVD into a drive and run an install from it. You get the basics. Now you're interested in working on some web properties, and despite the preponderance of "visual" editors, you would really like to understand, at a meaningful level, the nuts and bolts of this thing we call HTML - the HyperText Markup Language.

There are no stupid questions - I think we all understand that. Each question benefits the everyone in some way, and i do realize that there will be some arriving here that may be looking for a complete cold start. That's what the comments section of each lesson is for. Jump in and ask questions.

The awesome folks over at Mozilla have released an update to Thunderbird (2.0.0.18 as of this writing,) and my copy detected and offered to install it as Mozilla software typically will.  But the update failed, and I wound up in a nasty do-over loop as it tried repeatedly to install.

Long story short, it was the Logitech Webcam built into my laptop that was blocking the problem.

The Logitech Webcam has a helper application that loads at startup.  If you're having a similar failure, you may wish to disable the webcam temporarily with whatever startup program manager you prefer (contact me if you need help in that regard,) reboot, then try the Thunderbird install again.  Don't forget to re-enable your webcam startup program and reboot after the Thunderbird install works successfully.

My approach was a little more brute-force, since I was clueless as to what was failing the install.  So for the curious in the crowd, here's the short story made long...

I went in search of where Thunderbird was downloading the update.  I looked in my AppData folder and found a Thunderbird\Update folder.  In it was an update log file.  Scanning through it, I found the point of failure immediately after a line that indicated it was trying to replace mozMAPI.dll.  But since Thunderbird was not running, what in the world could have that file open and locked out?

Using Process Explorer,I searched for "mozMAPI" which revealed that the Logitech software was using the dll.  It also told me the Process ID of the Logitech software which I used to locate the process in the main list of all running processes.  A right-click and "kill process" took the webcam out of play.  Installing Thunderbird's update went error free thereafter.

Hope this gets you  out of the loop.

There may be many reasons for Windows Vista to down-shift its Video Mode from Aero to Basic.  In all instances, something is going wrong with the way an application is accessing the display functions within Windows.  But what?  That can be the really daunting question.

For me, the problem surfaced when I was replacing my laptop's hard drive with a bigger one.  In addition to the "opportunity" to reload Vista along with everything else, a benefit is that things come out much cleaner in the end.  It's an exercise I expect to have to grind through at least once every couple of years.

And having gone through it enough on a personal level, I'm sympathetic to what my clients have to go through during the process also.  But for as annoying as it can be, it's definitely worth it in terms of regaining performance and streamlining everything.

But as luck would have it, Paint Shop Pro Photo XI - my trusted graphics editor - wasn't as impressed with all my labor as it could have been.  It kicked the video mode back from Aero to "Basic" whenever it ran.  As loathe as I am to throw money at a problem, I did see this as an opportunity to upgrade to Paint Shop Pro Photo X2 Ultimate for about $60, and I hoped that installing it might just purge my little video Gremlin.

No such luck.  X2 dropped the video mode back to Basic, too.  Drat.

One of the "extras" that comes with X2 is a couple of sets of video tutorials that seemed might ease the familiarization curve with the new product.  So, by chance in the middle of troubleshooting stuff, I fired up one of the videos.  Vista dropped out of Aero and into Basic again.  But the videos didn't rely on the Paint Shop Pro product itself at all.  In fact, they are apparently MOV videos that launched in Quicktime player.

Ah ha!  I had installed a German language instructional program, the Berlitz Learning System, which I remembered was the first source of Quicktime that my Laptop had seen since the new drive was installed.  So I checked the version of the player that launched with the Paint Shop Pro videos, and compared that to the current version on the Apple website.

Installed: 7.0.4.  Current: 7.5.5.  I hadn't yet installed iTunes and there is a download for Quicktime + iTunes, so I snagged it and installed - being careful not to just blindly accept the installation defaults.

On the other side, everything's coming up Aero around here!

Scanning a ZDNet Must Read News Alert when I came across a sponsored link for a white paper on the effect of Defragging on Antivirus scan times.

I'm going to ignore the fact that the whitepaper was ancient.  The copyright was "© 2005 Executive Software International, Inc." and whereas I'm sure it was timely, pertinent information then, it's ancient history to us today.  The computers and antivirus software they listed as a part of their test seemed equally so.

Still, I'll go out on a limb here and support their basic premise and stated conclusion that defragging your hard drive has a marked effect on antivirus scan times.  Anywhere from around 23 to 61% according to the testing conducted by ESI.  Those are good numbers and a great justification for keeping our disk drives defragmented regularly.

But here's the issue I have with the whole thing:

Antivirus software has turned into, in most cases, full blown suites.  They scan everything!  They can scan all the files on your hard drive.  They can scan your inbound and outbound email.  They can scan your IM messages.  They even scan links you find on webpages to see if there's anything amiss at the other end of the link.  Even the programs that are free or otherwise not billed as being a part of a "Security Suite" have most if not all of these capabilities.

Sadly, the performance of our systems today are mainly hindered by all this redundant scanning going on.

Look, if I have a "resident" scanner examining everything I'm opening and running, why do I need email, IM, and Link scanners running?  And if there's a resident scanner watching all that I do, what is the point of scheduling a nightly scan?  Isn't all of that just redundant?

Defrag your hard drive, but do it for the performance boost it gives your everyday computing, not because it makes an overnight scan go any faster.

Run a resident scanner and be sure it's up to date, but turn off all the redundant scanning in email, IM, etc. 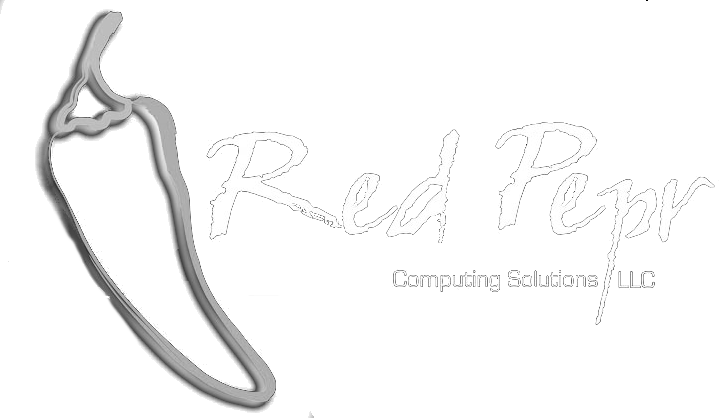